Founded in 1976 at Sonoma State University in California, they annually publish 25 top independent news stories that have been either ignored, misrepresented, or censored by corporate media; and they investigate hot topics in journalism and politics.

Story #14 for 2013 is ““Looming Health Crisis: Wireless Technology and the Toxification of America”.

Project Censored introduction to the article: “As a multitude of hazardous wireless technologies are deployed in homes, schools, and workplaces, government officials and industry representatives continue to insist on their safety despite growing evidence to the contrary. Extensive deployment of “smart grid” technology hastens this looming health crisis.

By now many residents in the United States and Canada have smart meters—which transfer detailed information on residents’ electrical usage back to the utility every few minutes—installed on their dwellings. Each meter has an electronic cellular transmitter that uses powerful bursts of electromagnetic radio frequency (RF) radiation to communicate with nearby meters, which together form an interlocking network. Such information can easily be used to determine individual patterns of behavior based on power consumption.

Utilities sell smart grid technology to the public as a way to “empower” individual energy consumers, allowing them to access information on their energy usage so that they may eventually save money by programming “smart” (i.e., wireless-enabled) home appliances and equipment to run when electrical rates are lowest. In other words, a broader plan behind smart grid technology involves a tiered rate system for electricity consumption that will be set by the utility, to which customers will have no choice but to conform.” 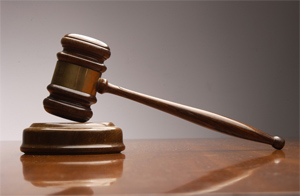 Attorneys David Kyle and Paul Overett have filed a mass tort lawsuit against two California utilities:  Southern California Edison (SCE) and Pacific Gas and Electric (PG&E) for health damages from exposure to smart meters, and or smart grid.  Also named in the lawsuit are smart meter installer companies, Corix and Wellington and smart meter manufacturers, Itron and Landis and Gyr, with possibly more defendants to be added as the lawsuit progresses.

The suit alleges the defendants withheld important safety information associated with the use of smart meters as well as multiple violations of CA laws, including California Civil Code section 1710 which defines deceit as an untrue assertion or suppression of a fact so as to mislead.

Elizabeth Barris, organizer for the lawsuit invites customers from other California utilities, including municipally run utilities, whose health has been effected by smart meters or smart grid to join the lawsuit. Elizabeth can be contacted at 310-281-9639 or email: contact@thepeoplesinitiative.org