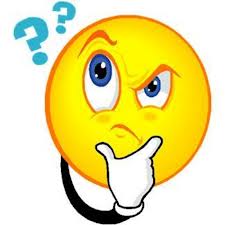 Years of support for reducing EMF’s in Sebastopol evaporated in October 2021, when the city council unanimously approved smart water meters.

Update: We hired attorney Ariel Strauss and he presented the city attorney with a compromise to only install the digital readers without antennas. The council rejected the compromise claiming the meters were a public good because of the drought. The council later approved a FREE opt out for anyone who doesn’t want the smart water meter. The meters are planned to be deployed in January 2023.

Why did Sebastopol, who banned smart meters in 2013, do this?  Syserco, a registered contractor for PG&E, sold the 2.2 million dollar project to Sebastopol as a water and energy savings initiative. Council members promoted the meters as a climate action solution. When asked to provide clarifying information on the purported savings, Syserco wrote:

“…there has never been a claim that the new meters “save energy, save water and reduce greenhouse gas emissions”.

The real reason for the new meters according to Syserco is money.  However, Syserco did claim the meters would save water and were energy efficient, and the staff report called the meters a “green initiative”. This is climate-washing, the use of deceptive marketing spin.

By approving the smart water meters the city failed to comply with:

Smart water meters will harm the EMF aware and injured community. They will harm our quality of life, disturb our sense of safety and peace and create a nuisance throughout our city.  You can’t opt out of a “smart city”.

Dr. David Carpenter, a Harvard trained physician and director of the Institute for Health and the Environment wrote a letter opposing smart water meters and said:

“Governments should be reducing RFR exposures, not increasing them.”

He warns that the greatest risk from exposure to radiation (RFR) is cancer, and there’s growing evidence for brain and reproductive impacts. He writes, “Some people develop a condition called electro-hypersensitivity (EHS). These individuals respond to being in the presence of RFR with a variety of symptoms, including headache, fatigue, memory loss, ringing in the ears…” among many symptoms. He further warns, “exposure to smart meters is a trigger for development of EHS.”

“It is time to recognize ambient EMF as a novel form of pollution and develop rules at regulato- ry agencies that designate air as ‘habitat’ so EMF can be regulated like other pollutants.” https://pubmed.ncbi.nlm.nih.gov/34047144/

The public process on the smart water meters decision was limited, deficient and confusing. Technical details about how the water meters worked were sparse and the issue was hidden under energy efficiency. Staff purchased the software before the meters were approved, and they ordered the meters before the financing was approved. They approved a 5 million dollar project in one late night meeting!

In February of 2021 the Sebastopol Public Works director said they were testing 56 new digital water meters. He said they would be manually read and that they did not have a radio transmitter. A few months later the city started a survey asking if the community wanted “cellular” water meters.  What if they had asked, “do you want a smart water meter?” or, “do you want a city wide radar installation for water meters?” There were 329 responses to their water meter survey. 54.7% of respondents approved, 31% opposed, and 14.3% were undecided. Nearly half were opposed or undecided! The survey is an unreliable source of community input, because people were not given any details about the cost or how the meters work. Anyone could have taken the survey including the company who will profit from the sale.

On Dec 21, 2021 the Sebastopol city council approved the financing for smart water meters, which were already ordered! The vote was 3-2. Sarah Gurney and Una Glass opposed.  Diana Rich, Mayor Patrick Slayter and Vice Mayor Neysa Hinton approved. At this meeting the Superintendent of the Water Department dismissed evidence presented by a council member that the smart water meters transmitted a signal every 4 seconds as a “typo” and he evaded the Mayor’s question about the meter’s use of 5G technology. Meeting video here (starts at 4:55:02)

The following is a timeline of information found in 933+ pages of emails on the smart water process:

An RF engineer, Mitch Maifeld, reviewed the RF information from Badger Meters and the FCC. This is what we understand to be true about how the meters work..

Sebastopol ordered 3002 Badger Orion E series water meter “endpoints”. An endpoint houses one antenna.The 56 test meters Sebastopol trialed last year did not include endpoints. 3002 Badger water meters collectively transmit approximately 12,000 times a day unless they are in activation or troubleshooting mode when each meter can transmit every 15 seconds. They transmit in the 902-928mHz range. This is the same frequency range the Navy used for radar. The meters transmit pulsed radiation and use a frequency hopping system. The meters can emit spurious emissions in the 30 mhz-40 ghz range. These are created by harmonics and reflections within the action of the meter. The meters work with infrared signals. The maximum power output per meter is 1/4 watt which would add 750 watts throughout the city. The antennas are isotropic, meaning they radiate out in all directions. Water absorbs radiation. One meter can transmit about 1/2 mile, depending on factors like how tall the cell tower is, interference in the area, buildings and trees etc. They work with the internet of things cellular network and are smart city ready. No new repeaters are used.  The RF engineers report for the Badger smart water meters can be found here.  Here’s a comparison chart for water, electric and gas smart meters.