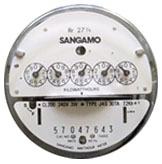 The Division of  Ratepayer Advocates (DRA) is a consumer advocacy division within the California Public Utility Commission (CPUC).  The DRA’s statutory mission is “to obtain the lowest possible rate for service consistent with reliable and safe service levels.  In fulfilling this goal, DRA also advocates for customer and environmental protections.”

The DRA asked PG&E to explain what they did with the analog meters after they removed them and installed Smart Meters.  PG&E  responded that although they could have gotten $1 each ($1 x millions of meters) but because the vendors wanted the meters “sorted, boxed, and palletized”, PG&E decided selling the meters was not cost-effective. Instead PG&E disposed of millions of analog meters for free to scrap metal recyclers.

“The chosen recyclers were able to pick up the meters at no cost to PG&E and the decision was therefore made to use the cost-free recycling approach to dispose of removed meters.” 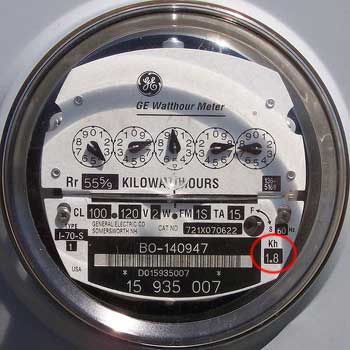 “PG&E has received the very clear message that some customers will only be satisfied with an analog meter option.”

This is a major concession from PG&E.  However, we still need the CPUC to hear loud and clear that we need:

Listen to a short radio interview with Sandi Maurer from KSRO news.

Dumb Meters are costing us money, privacy and our health and safety.  People are getting sick from exposure to the microwave pulses dumb meters transmit.  Experts are warning against them.

Many people have asked how to get rid of one, once it’s on their house. Some people took matters in their own hands, including Caitlyn Phillips. Caitlyn Phillips, a Santa Cruz resident recently had an analog meter successfully restored by PG&E. Caitlyn complained in person to the California Public Utilities Commission (CPUC). She told them how she was deceived, threatened, had anxiety and headaches from the new meter and had subsequently changed back to the analog meter herself. Within a week PG&E made the switch to their own analog.

“The CPUC announced at its last public meeting that PG&E would provide an analog meter to this customer and we have worked closely with the customer to address their concerns,” said PG&E’s Greg Snapper.

If you want a dumb meter removed and your requests to the utility have failed, you may need to purchase an analog (707) 472-2407, hire an electrician and restore the meter, then follow up by attending a CPUC meeting. Here’s another source for analog meters: http://www.hialeahmeter.com/siphwame.html

The next CPUC meetings are scheduled for November 10, December 1 and December 15. Unless otherwise noted, meetings begin at 9 a.m. and are held in the CPUC Auditorium at 505 Van Ness Avenue in San Francisco. Arrive by 8:45 to sign up to speak to the Commission, or sign up online before the meeting.  You will be given between 1-3 minutes depending on how many people want to speak. Public comments start at the beginning of each meeting.  Request the return of the analog meter, do not accept the “radio off” meter.  Check the CPUC calendar for possible meeting changes.

For people outside of the bay area call the Public Advisor’s office at 866-849-8390 or 415-703-2074 and ask for accommodations to participate in the CPUC meeting by phone during public comments. Call at least three days prior to the meeting.

Update: In the City of Glendale CA persistence pays off for a customer who was suffering heart palpitations and headaches after a “smart”meter was installed. Complaints to the local Glendale Water and Power Company brought relief as they restored the analog meter on her home.

On Thursday September 22, at the California Public Utilities Commission business meeting, President Michael Peevey told Chandu Vyas, who’s been suffering from headaches, that he could talk to PG&E and they would provide that he “could go back to the analog meter”. President Peevey directed Mr. Vyas to contact Mr. Sidney Bob Dietz, whose number is: 415-973-5921.

If you want to remove your Smart Meter and have an analog restored, contact Mr. Dietz, or contact Thomas Bottorff,  415-973-3889.

President Peevey could not just allow Mr. Vyas his analog, without allowing others, right? 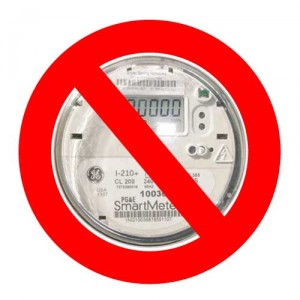 Susan Beckman, a children’s TV show producer who lives near Lompoc in Santa Barbara County, has removed a Smart Meter from her home and replaced it with an analog meter to protect her husband.  In response to this act Susan stated a PG&E representative has threatened  to “bring the police and turn off her power.”

Misled by PG&E into thinking she could refuse the new meter when the installers arrived, a Smart Meter was installed without her knowledge.  She started to hear a buzz  and a loud hum in the house and noticed feeling extremely fatigued with aching joints, a rash and feeling flu-like.  After some investigation she discovered the new meter on her house.  She was also very concerned about her husband.  She writes, “My 89 year old husband has had cancer removed and the smart meter installed a few feet from where he spends about 80% of his time in his den.”

Susan then called PG&E and spoke to several representatives with whom she said made “demeaning comments” and they refused to remove the meter.  Finally, she talked with one who was actually sympathetic who told her she could buy an analog meter and replace it, which she did, with her own hands, with guidance from an electrician.  She said she, “wore gloves, turned the main power off, clipped the lock, took the collar off and used a lot pressure to pull it off.” The electrician checked it out and verified it was done correctly.

She then sent registered letters, reviewed by her attorney to PG&E.  In an email to the California Public utilities Commission Susan writes that PG&E Smart Meter agent “Dennis Weidman, before losing his patience and hanging up on me, said tomorrow he will bring the police and turn off our electricity.” 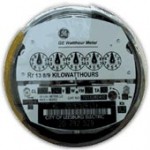 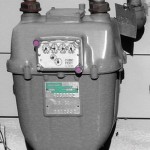 According to PG&E over 16,000 people have signed up to opt out of Smart Meters. Thousands more have posted signs, built cages or locked up their analog meters.  Then there are thousands of people stuck with a Smart Meter who want it removed, and neither the utilities nor the utility regulators will help them.  In some situations customers have had to make extreme, but empowering choices because they have been abandoned by the system.

After two months of heart attack symptoms and trips to the hospital, a utility customer took matters into his own hands.  He bought an analog meter from a supply store, hired an electrician and replaced the Smart Meter with the analog.  After all, neither PG&E nor the CPUC was listening, and this was a matter of life or death.

Another woman could no longer live in her home after a Smart Meter was installed.  She experienced headaches, sleep and neurological problems.  Unlike others, in similar situations who were forced to moved, she also purchased an analog, hired an electrician, and replaced the Smart Meter with the analog. She writes, ” I bought the “AC Killowatt-Hour Meter” from Real Goods (707) 472-2407.  My electrician was hesitant, so I used a former Wellington employee who once installed Smart Meters.  Then I locked up my new analog meter as shown on the picture.  The chain goes around the meter, and around the pipe above and below the meter.”

Earlier I wrote “Tampering with a utility meter is a crime , but isn’t it also criminal that serious Smart Meter health complaints are continuing to be ignored and people are suffering from these meters which are not only a health threat, but for some a daily nightmare.”

My mistake. Tampering is a crime, but we needed to define tampering.  The EMF Safety Network has retained a lawyer and learned more about tampering laws. Please see Tampering defined.

In addition Christoper Myers, PG&E representative has asked us to include safety information about swapping meters, including that PG&E personnel are trained, and follow specific safety procedures when removing meters. They wear hard hats, goggles and fire retardant clothing. If you have any questions about the safety of meter removal PG&E asks you to contact them directly at 1-800-743-5000.