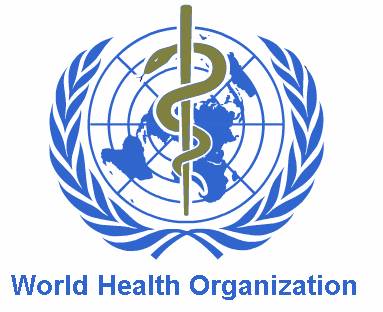 Cell phones, cell towers, wi-fi, smart meters, DECT phones, cordless phones, baby monitors and other wireless devices all emit non ionizing radio frequencies, which the World Health Organization (WHO) has just classified as a potential carcinogen. This is big news from the WHO and governments and decision makers can no longer hide behind the “no RF health effects” industry mantra.

Cindy Sage, co-editor of the Bioinitiative Report writes, ” The WHO International Agency for Research on Cancer has just issued it’s decision that non-ionizing radiofrequency radiation is classified as a 2B (Possible) Carcinogen. This is the same category as DDT, lead, and engine exhaust. This mirrors the 2001 IARC finding that extremely low frequency (ELF-EMF) that classified as a 2B (Possible) Carcinogen. This pertained to power frequency (power line and appliance) non-ionizing radiation. These two findings confirm that non-ionizing radiation should be considered as a possible risk factor for cancers; and that new, biologically-based public safety standards are urgently needed. ”

“The WHO/International Agency for Research on Cancer (IARC) has classified radiofrequency electromagnetic fields as possibly carcinogenic to humans (Group 2B), based on an increased risk for glioma, a malignant type of brain cancer1, associated with wireless phone use.

Background
Over the last few years, there has been mounting concern about the possibility of adverse health effects resulting from exposure to radiofrequency electromagnetic fields, such as those emitted by wireless communication devices. The number of mobile phone subscriptions is estimated at 5 billion globally.
From May 24–31 2011, a Working Group of 31 scientists from 14 countries has been meeting at IARC in Lyon, France, to assess the potential carcinogenic hazards from exposure to radiofrequency electromagnetic fields. These assessments will be published as Volume 102 of the IARC Monographs, which will be the fifth volume in this series to focus on physical agents, after Volume 55 (Solar Radiation), Volume 75 and Volume 78 on ionizing radiation (X‐rays, gamma‐rays, neutrons, radio‐nuclides), and Volume 80 on non‐ionizing radiation (extremely low‐frequency electromagnetic fields).
The IARC Monograph Working Group discussed the possibility that these exposures might induce long‐term health effects, in particular an increased risk for cancer. This has relevance for public health, particularly for users of mobile phones, as the number of users is large and growing, particularly among young adults and children.
The IARC Monograph Working Group discussed and evaluated the available literature on the following exposure categories involving radiofrequency electromagnetic fields:
␣ occupational exposures to radar and to microwaves; ␣ environmental exposures associated with transmission of signals for radio, television and wireless telecommunication; and ␣ personal exposures associated with the use of wireless telephones.
International experts shared the complex task of tackling the exposure data, the studies of cancer in humans, the studies of cancer in experimental animals, and the mechanistic and other relevant data.

Results
The evidence was reviewed critically, and overall evaluated as being limited2 among users of wireless telephones for glioma and acoustic neuroma, and inadequate3 to draw conclusions for other types of cancers. The evidence from the occupational and environmental exposures mentioned above was similarly judged inadequate. The Working Group did not quantitate the risk; however, one study of past cell phone use (up to the year 2004), showed a 40% increased risk for gliomas in the highest category of heavy users (reported average: 30 minutes per day over a 10‐year period).

Conclusions
Dr Jonathan Samet (University of Southern California, USA), overall Chairman of the Working Group, indicated that “the evidence, while still accumulating, is strong enough to support a conclusion and the 2B classification. The conclusion means that there could be some risk, and therefore we need to keep a close watch for a link between cell phones and cancer risk.”
“Given the potential consequences for public health of this classification and findings,” said IARC Director Christopher Wild, “it is important that additional research be conducted into the long‐ term, heavy use of mobile phones. Pending the availability of such information, it is important to take pragmatic measures to reduce exposure such as hands‐free devices or texting. ”
The Working Group considered hundreds of scientific articles; the complete list will be published in the Monograph. It is noteworthy to mention that several recent in‐press scientific articles4 resulting from the Interphone study were made available to the working group shortly before it was due to convene, reflecting their acceptance for publication at that time, and were included in the evaluation.
A concise report summarizing the main conclusions of the IARC Working Group and the evaluations of the carcinogenic hazard from radiofrequency electromagnetic fields (including the use of mobile telephones) will be published in The Lancet Oncology in its July 1 issue, and in a few days online.

2 ‘Limited evidence of carcinogenicity’: A positive association has been observed between exposure to the agent and cancer for which a causal interpretation is considered by the Working Group to be credible, but chance, bias or confounding could not be ruled out with reasonable confidence.
3 ‘Inadequate evidence of carcinogenicity’: The available studies are of insufficient quality, consistency or statistical power to permit a conclusion regarding the presence or absence of a causal association between exposure and cancer, or no data on cancer in humans are available.
4 a. ‘Acoustic neuroma risk in relation to mobile telephone use: results of the INTERPHONE international case‐ control study’ (the Interphone Study Group, in Cancer Epidemiology, in press) b. ‘Estimation of RF energy absorbed in the brain from mobile phones in the Interphone study’ (Cardis et al., Occupational and Environmental Medicine, in press)
c. ‘Risk of brain tumours in relation to estimated RF dose from mobile phones – results from five Interphone countries’ (Cardis et al., Occupational and Environmental Medicine, in press) ”