A new French documentary, with English subtitles, about electromagnetic injuries.

Synopsis: “Thanks to the current explosion of artificial electromagnetic waves, some people are seeing their lives seriously affected – both socially and as far as their health is concerned. They are known as “electrohypersensitive”. They have to protect themselves against mobile phone technology but where can they go? Marc Khanne, the film’s creator, spent 3 years researching this issue and interviewed over 60 people affected. Before we question the validity of what they have to say, what if we took the time to really listen to them?”

To learn more about the film, order a DVD, or arrange a screening, go to: http://www.electrosensitive-white-zone-ehs-film.com 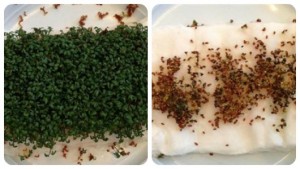 Lachine, near Montreal Canada:  A dramatic fireball moves along the power lines and knocks out power to thousands of customers.  Is this possibly related to smart meters which are being installed in Lachine despite public protest?

New regulation for the sale of mobile phones in Belgium

As of 1 March 2014, mobile phones that are specially designed for young children may no longer be introduced to the Belgian market. This concerns customized mobile telephones suitable for children younger than 7 years of age, for instance having few buttons and a shape attractive for children. Additionally, from this date forward, no advertising may be made for mobile phone use among the same age group.

When you purchase a new mobile phone, from now on you will be able to choose your new device based on the specific absorption rate (SAR). The SAR value is different for every mobile phone. The SAR value will have to be indicated along with the other technical specifications, not only in the shop, but also for distance sales over the Internet.

As a precaution. According to the International Agency for Research on Cancer (IARC, 2011) there may be an increased risk of brain cancer due to the intensive use of a mobile phone. The IARC has therefore classified radio frequency as “possibly carcinogenic”. Measures are being taken pending clearer scientific conclusions. The intention is to raise awareness among mobile phone users.

Children already come into contact with mobile phones from a very young age. The overall exposure during their lifetime will thus be greater than that of today’s adults. Moreover, children absorb more mobile phone radiation than adults (twice as much in the brain and 10 times more for skull bone marrow). This is already a reason for additional caution, given the classification of radio frequency as “possible carcinogenic” by the International Agency for Research on Cancer (IARC).

This information above is taken from the press release of “The Federal Public Service (FPS) Health, Food Chain Safety and Environment.”

“I forgot my phone” is a video with over 25 million hits.

Bill Moyers interviews MIT professor Sherry Turkle, who has studied our relationship with technology for over three decades, about what this constant engagement means for our culture and our society. Turkle, author of “Alone Together: Why We Expect More From Technology and Less From Each Other”, says our devices are not only changing the way we communicate and interact with each other, but also who we are as human beings. “What concerns me as a developmental psychologist is watching children grow in this new world where being bored is something that never has to be tolerated for a moment,” Turkle tells Moyers. “Everyone is always having their attention divided between the world of people [they’re] with and this ‘other’ reality.”

TV news: World Health Organization says wireless is a cancer risk just like lead, engine exhaust, and chloroform. Newscasters recognize our kids are at risk on wireless iPads in school.