The National Toxicology Program (NTP) concluded there is clear evidence that male rats exposed to high levels of radio frequency radiation (RFR) like that used in 2G and 3G cell phones developed cancerous heart tumors, according to final reports released today. There was also some evidence of tumors in the brain and adrenal gland of exposed male rats. For female rats, and male and female mice, the evidence was equivocal as to whether cancers observed were associated with exposure to RFR. The final reports represent the consensus of NTP and a panel of external scientific experts who reviewed the studies in March after draft reports were issued in February.

“We believe that the link between radio frequency radiation and tumors in male rats is real, and the external experts agreed,” said Bucher.

The $30 million NTP studies took more than 10 years to complete and are the most comprehensive assessment, to date, of health effects in animals exposed to RFR with modulations used in 2G and 3G cell phones. 2G and 3G networks were standard when the studies were designed and are still used for phone calls and texting.

For future studies, NTP is building smaller RFR exposure chambers that will make it easier to evaluate newer telecommunications technologies in weeks or months, rather than years. These studies will focus on developing measurable physical indicators, or biomarkers, of potential effects from RFR. These may include changes in metrics like DNA damage in exposed tissues, which can be detected much sooner than cancer.

The U.S. Food and Drug Administration nominated cell phone RFR for study by NTP because of widespread public use of cell phones and limited knowledge about potential health effects from long-term exposure. NTP will provide the results of these studies to FDA and the Federal Communications Commission, who will review the information as they continue to monitor new research on the potential effects of RFR.

NTP uses four categories to summarize the evidence that a substance may cause cancer:

The research found that male rats exposed to radio-frequency radiation had a greater chance of developing malignant brain cancer, tumors in the heart and tumors in other organs. Various tumors were also observed in mice exposed to radio-frequency radiation. The amount of radiation to which the laboratory animals were exposed included the levels emitted by cellphones millions of people use everyday.

“This is the most authoritative study published that connects cancer with cellphone radiation it should raise alarms for policymakers and awareness for all Americans”, said Olga Naidenko, Ph.D., senior science advisor at EWG. “These studies should have been done before more than 90 percent of Americans, including children, started using this technology day in and day out.”

The threat that radiation from wireless devices could be a public health risk only mounts with todays report from the NTP. In 2011, the World Health Organizations International Agency for Research on Cancer declared the kind of radiation emitted by cellphones as a possible carcinogen based on human epidemiological studies that found increased gliomas and acoustic neuromas in long-term cellphone users.

“As new telecom networks are built around the country, in-depth assessment of childrens health risks is essential”, Naidenko added.

EWG has been at the forefront of public interest organizations raising concerns about cellphone use and cancer. The decade-long, $25 million federal study confirms reports by EWG from 2009 and 2013 that highlighted potential health risks from cellphones and wireless devices, especially for children.

In December 2017, the state of California officially issued guidelines advising cellphone users to keep phones away from their bodies. When the groundbreaking guidelines were made public, California Department of Public Health Director Karen Smith said: “Simple steps, such as not keeping your phone in your pocket and moving it away from your bed at night, can help reduce exposure for both children and adults Children’s brains develop through the teenage years and may be more affected by cell phone use. Parents should consider reducing the time their children use cell phones and encourage them to turn the devices off at night.”

To help concerned consumers take steps to protect themselves and their families, EWG has created tools and tips that can help reduce exposure to cellphone radiation. This includes EWGs Guide to Safer Cellphone Use and Six Questions about Cellphone Radiation and Your Health.

This is the press release issued from the CDPH today:

SACRAMENTO – As smartphone use continues to increase in the U.S., especially among children, the California Department of Public Health (CDPH) today issued guidance for individuals and families who want to decrease their exposure to the radio frequency energy emitted from cell phones. Although the scientific community has not reached a consensus on the risks of cell phone use, research suggests long-term, high use may impact human health.

“Although the science is still evolving, there are concerns among some public health professionals and members of the public regarding long-term, high use exposure to the energy emitted by cell phones,” said CDPH Director and State Public Health Officer Dr. Karen Smith. “We know that simple steps, such as not keeping your phone in your pocket and moving it away from your bed at night, can help reduce exposure for both children and adults.”

Cell phones emit radio frequency energy when they send and receive signals to and from cell towers, and some scientists and public health officials believe this energy may impact human health.

Meanwhile, cell phone use in the U.S. has increased dramatically in recent years. About 95 percent of Americans own a cell phone, and 12 percent rely on their smartphones for everyday Internet access. In addition, the average age when children get their first phone is now just 10 years old, and a majority of young people keep their phones on or near them most of the day and while they sleep.

“Children’s brains develop through the teenage years and may be more affected by cell phone use,” said Dr. Smith. “Parents should consider reducing the time their children use cell phones and encourage them to turn the devices off at night.”

The new CDPH guidance includes practical steps both adults and children could take to reduce exposure to radio frequency energy from cell phones. That includes:

See the CDPH advisory: How to Reduce Exposure to Radiofrequency Energy from Cell Phones

This CDPH press release is also available in Espanol 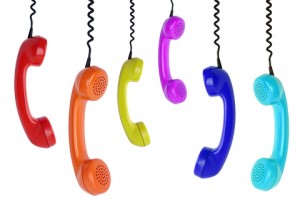 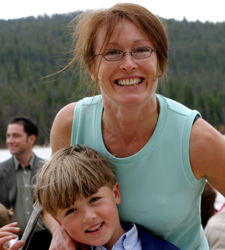 Rachel Gaunt has an extensive 20 year background in advertising, marketing and social activism. Rachel has written this article, “I’m shouting, but no-one is listening! How to talk to people about wireless radiation so they can hear…and care” to help EMF activists.

She writes, “Why is it that our earnest explanations about the dangers of wireless radiation so often fall on deaf ears? Why in the face of so much science are people not rushing to protect themselves?

I have long been an observer of humans and how they behave, and have spent a long time puzzling the resistance and denial that conversations about wireless radiation can generate.  Recently, a meeting with behavior expert, Matthew Wilcox, author of The Business of Choice, helped to provide the final pieces of the puzzle.

When you look at the way humans make decisions, it turns out that there are three major factors working against us when it comes to shifting beliefs about wireless radiation.

Three factors working against us

First and foremost there is the “It will never happen to me,” response to anything bad that may happen to us in the future. This is especially true among young people.

“It will never happen to me. I am never going to die. It might happen to someone else but not to me.”…