Are wireless devices making us ill?  Join Dr. Joel Moskowitz, Director of the Center for Family and Community Health, U.C. Berkeley School of Public Health, and other experts to learn about the current scientific research regarding electromagnetic frequencies and their impact on biological systems. Panelists will discuss links to autism, cancer, infertility, effects on wildlife, as well as best practices with cell phone safety and wi-fi precautions. Dr. Victoria Dunckley will discuss her new book “Reset Your Child’s Brain” and the effects of screen time on sleep, behavior and mood disorders.
Refreshments served.

This is an excellent video by psychiatrist, Victoria L. Dunckley, MD, on interactive screen time how it affects children’s behavior, nervous system, brain, and well being. She puts kids on a 3-4 week technology fast to reset their health. She is the author of “Reset Your Child’s Brain“.

Dr. Oz and Dr. Lisa Thornton talk about how wireless devices are affecting kids’ health. Dr. Thornton is a pediatrician and the Medical Director of Pediatric and Adolescent Rehabilitation at the Kids’ Rehab in Chicago. She says our children are in danger. This video is now unavailable.

Dr. David Carpenter is the co-author of the Bioinitiative Report and director of the Institute for Health and the Environment at the University of Albany. He talks about cell phones and brain cancer risk, children’s risk, high intensity pulses from smart meters, 60 HZ fields, radio towers, Obama supported wifi in schools and electrosensitivity.

He says, “the evidence is overwhelming” that cell phones increase your risk of brain cancer, and children are at 5 fold greater risk. He says, “Children are by far the most vulnerable.” Regarding wifi in schools, “everyone will be adversely affected.” The interview concludes with some solutions on what you can do to protect yourself and children. This video os no longer available. 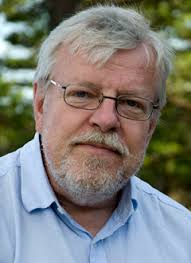 DEBATE. The World Health Organization [WHO] has released a bleak future forecast. The number of new cancer cases is expected to increase from 14 million to 25 million per year over the next 20 years – an increase of 70 percent.

“Despite encouraging progress, the report shows that we can not treat ourselves out of the cancer problem,” said Christopher Wild, co- author of the report. But one question lingers for me:  Why does WHO themselves not consider another possible cause of this avalanche, a cause that they themselves have warned about and predicted? Let me explain.

Today, various wireless devices flood our homes, schools and other workplaces. The issues around all of these sources of radiation are numerous. Adults are not at all certain that all this radiation is harmless, they are not at all sure that wireless technology is without risk. To this one can add numerous studies and investigations, expert reports and commentaries arise which in summary say that “there is a strong suspicion of damage.”

These texts also emphasize the need for the use of the Precautionary Principle and this even stronger after the WHO has classified radiofrequency electromagnetic fields – from mobile phones, tablets , etc. – as possibly carcinogenic (Class 2B). Thus, the idea that these techniques would be safe, we can immediately cross out – not even the WHO believes it – and they still have a category into which such proven safe exposures would fall (Class 4 – proven non-human carcinogen).

The question now is instead what we accept the risk to cost in terms of health care, disability and premature death.

It should be noted that this is an addition to the earlier (2001) WHO 2B cancer classification of power-frequency electromagnetic fields (thus including common household current ) – which are also emitted at high levels from handheld gadgets such as tablet devices (iPad etc.) and mobile phones – as a risk factor specifically for childhood leukemia. Given that in 2001 the WHO was already very close, voting 9 to 11, to move it to 2A (thus the higher cancer class ) and considering all the new knowledge that has accumulated since 2001, I maintain that today one should definitely classify the relationship between childhood leukemia and power-frequency electromagnetic fields in the much more serious 2A (“probably carcinogenic”) category.

Why not debate this?

There was a time when people did not understand that radioactivity from radium, uranium and plutonium, medical x-rays and ultraviolet light actually hurts us and can even kill us. You could see shoe-fitting x-ray machines in childrens’ shoe shops in Sweden as late as the end of the 1940s and elderly people will remember the glowing radioactive wristwatches that were popular in the 1950s. About the same time we began to understand that even the sun’s beautiful and warm rays can damage our cells and their genetic material with the development of skin cancer as a result. Today we warn everyone, even for the weakest of ultraviolet light, which we call UVA, especially if you’re a child with fair skin and light hair.

Against this background one might wonder: Can our cells and molecules that are now suddenly exposed to an environmental exposure from power-frequent magnetic fields, microwaves, radio and TV signals, etc. which have never before existed, or if it has, with an immediate increase of one million million million times stand it at all? The radiation goes right through us, and our – and other organisms’ – cells and molecules have no protection at all against it.

I’m afraid, very afraid, that we will soon have to write a new report titled “Too Late Lessons from Early Warnings” …

Olle Johansson is Associate Professor and Assistant Professor in Neuroscience at the Karolinska Institute, Stockholm. From the original in Swedish published 12 Feb. 2014 by Newsvoice.