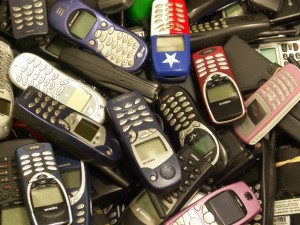 EHHI reviewed hundreds of peer-reviewed studies that examined the potential health threats associated with cellular device use, along with the regulatory standards that have been adopted by the U.S. and other nations.

John Wargo, Ph.D., professor of Environmental Risk and Policy at Yale University and lead author of the report, said, “The scientific evidence is sufficiently robust showing that cellular devices pose significant health risks to children and pregnant women. The weight of the evidence supports stronger precautionary regulation by the federal government. The cellular industry should take immediate steps to reduce emission of electromagnetic radiation (EMR) from phones and avoid marketing their products to children.”

EHHI President Nancy Alderman said, “Children between the ages of 8-18 spend an average of 7.5 hours per day—nearly half their hours while awake—on smart phones, computers, televisions or other electronic devices. Exposures to electromagnetic radiation are increasing most rapidly among the youngest in our society, as service providers focus their advertising on children and educational markets.”

Wargo cautioned, “Cell phones have enjoyed exceptional freedom from government oversight and control to protect against health and environmental hazards before cell phone devices are marketed. There are no enforceable standards to limit human exposure to cell phone radiation. While the U.S. does not require any regulations to restrict advertising or warnings against use of cellular devices by pregnant women or children, many other nations do.”

Nancy Alderman, president of EHHI, summarized the group’s recommendations. “The government must take greater responsibility for testing cellular technologies before they are marketed to assure their safety, their proper disposal and to educate the public about safe patterns of use.”