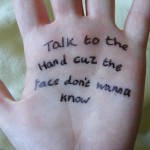 The Superintendent declared wireless was safe,  despite health warnings from science and medical experts, which were reviewed, but ultimately ignored. One board member expressed concern about increasing screen time for kids, and another about the placement of routers, but no precautions were included in the decision.

The request for a hard wired computer lab, which would be safer, faster, more secure and  more reliable was countered with a letter signed by a couple dozen parents who urged the board to “invest the funds in computer infrastructure that is portable, wireless and cost effective.” Reasons included fears of declining enrollment and children’s inadequate preparation for today’s technological  society.  The  letter states,”Key to their [children’s] professional success, social integration and economic sustainability, and therefore their health will be their ability to navigate the world of technology…”

The push for computers in the classroom is part of Common Core State Standards, the new federal curriculum which has been sharply criticized as eliminating community-based planning, and instead of fostering education for individual need and the common good, it puts children on a treadmill to become scared, obedient workers for the global economy. 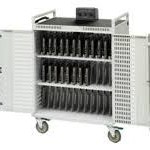 Sebastopol’s initial plan is to purchase 60 wireless computers, 30 for each school and store them on a cart which teachers can bring into the classroom.  While this plan is considerably modest compared to what other schools have deployed, (the Los Angeles School District is giving every student an iPad) it’s unknown if or when a 1:1 computer for every child will happen in Sebastopol.

It is also unknown how many, or where, additional routers will be installed.  The routers will increase the radiation exposure for children, teachers, and staff, even when the cart is not in use. 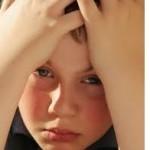 Children who have medical conditions (headaches, heart palpitations, medical implants, seizures, EMF sensitivity) are at risk in a wireless environment.  The public school may become inaccessible for them, or they may be isolated from peers when the computers are being used.  In Canada a lawsuit has already been filed against wi-fi in school.

A common misconception, which is used to downplay the health risks, is to promote the idea that wi-fi is already everywhere.  That’s similar to thinking engine exhaust is already everywhere, so reducing car trips by walking and biking to school is unnecessary.  It does not justify increasing wi-fi, and misses an important point.  Being closer to the source of pollution matters greatly.  Imagine breathing the fumes behind a bus, compared to knowing there are exhaust particulates in the air.  Ambient wi-fi signals are not the same as being in a room with 30 wi-fi computers, or being near routers which are always on. 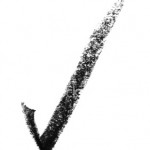 The Alliance for Childhood wrote, “Fool’s Gold:  A Critical Look at Computers in Childhood”. They caution, ” Those who place their faith in technology to solve the problems of education should look more deeply into the needs of children.  The renewal of education requires personal attention to students from good teachers and active parents, strongly supported by their communities.  It requires commitment to developmentally appropriate education and attention to the full range of children’s real low-tech needs- physical, emotional, and social, as well as cognitive.”

Parents everywhere beware!  Common Core is bringing computer testing into the schools and giving the government a whole new tool to track and profile children.

3 thoughts on “Sebastopol school board approves wireless computers for kids”