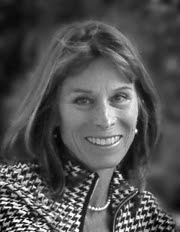 We are in an era of unprecedented psychological manipulation of the science on potential health effects of EMF and RFR.

Over the last few years, the BioInitiative Working Group has worked many hours on the European Commission’s science reviews of EMF and RFR.  What they say matters.  It’s the expert committee for the European Union (EU) recommending whether EMF and RFR public safety limits are okay, or need substantial revision.  You know where we stand on this.  The limits are grossly inadequate in Europe and the US.

The European Scientific Committee on Emerging and Newly Identified Health Risks (SCENIHR) did a bad job of it in 2009, and has unsurprisingly disappointed us again in 2015.  Through deceptive language tactics, the Committee has deliberately put out misinformation to erase what should have been clear findings of potential health effects of electromagnetic fields.  Health effects that matter greatly to millions of regular people who want to know about EMF.

What is the NAME OF THEIR REPORT?

What did they conclude?

That there are no conclusively proven biological effects.

How Could That Happen?

” While the scope of the Opinion [SCENIHR, 2015a] did include potential health effects, it was not SCENIHR’s objective to decide whether the possibility of an effect exists, as erroneously suggested by Sage et al. It should be noted that the term “risk” already accounts for probability of a harmful effect and that various levels”. (SCENIHR Leitgeb, 2015)

It would be just an academic farce if our lives didn’t depend on the outcome.  But, we do.  All around the planet, we depend on good advice from educated experts that are supposed to be independent thinkers and good analysts of what is a ‘potential health effect’. No amount of dust-kicking can obscure the basic fact that the SCENIHR failed to do what it was directed to do.

Read for yourselves. This is double-speak.  The SCENIHR’S science review that has failed to carry out the central question asked of this Committee. This is an assessment on which the fate of billions of human beings depends, and upon which global health rests.

For SCENIHR to issue an unwarranted finding of  ‘all clear’ by redefining the reporting terms and misreporting the evidence is bad for science, bad for the public and intensely bad for school children who are sitting in classrooms with WiFi all day, required to use wireless tablets for schoolwork. Read more: http://www.bioinitiative.org/rebuttal-emf-effects/

One thought on “Scientists Challenge SCENIHR”