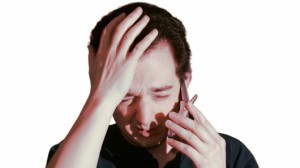 “A landmark court case has ruled there is a link between using a mobile phone and brain tumours, paving the way for a flood of legal actions.” UK Telegraph, Oct 19, 2012

Contrary to the denial of many heath agencies in the U.S. and in some other countries, the Italian Supreme Court has recognized a “causal” link between heavy mobile phone use and brain tumor risk in a worker’s compensation case.

According to a UK news source, Innocente Marcolini, 60, an Italian businessman, fell ill after using a handset at work for up to six hours every day for 12 years.  He now will be financially compensated.

Mr Marcolini said: “This is significant for very many people. I wanted this problem to become public because many people still do not know the risks. I was on the phone, usually the mobile, for at least five or six hours every day at work. I wanted it recognised that there was a link between my illness and the use of mobile and cordless phones…Parents need to know their children are at risk of this illness.”

The Italian courts dismissed research co-financed by the mobile phone industry due to concerns about conflict of interest. Instead, the courts relied on independent research conducted by Lennart Hardell and his colleagues in Sweden which showed consistent evidence of increased brain tumor risk associated with long term mobile phone use.

Last year, the Hardell research was heavily relied upon by 31 experts convened by the World Health Organization who classified radiofrequency energy, including cell phone radiation, as “possibly carcinogenic” in humans.

The evidence of harm from cell phone radiation has been increasing so it is only a matter of time before lawsuits filed in U.S. courts by cell phone radiation victims will be successful. The Insurance industry will not provide product liability insurance due to concerns that juries will find that the Telecom industry has behaved much like the Tobacco and Asbestos industries. So the Telecom industry could be faced with paying huge damages to individuals and governments.

Although 12 nations and the European Union have issued precautionary health warnings regarding mobile phone use, the U.S. has been in denial. The Telecom industry has blocked numerous attempts to pass cell phone warning legislation at the Federal, state, and city level. The industry even refused to support a bill in the California legislature by Senator Mark Leno that would simply remind consumers to read the safety information that is currently printed in their cell phone user manuals.

Only one city has been able to overcome intense lobbying by the Telecom industry. San Francisco adopted cell phone “right to know” legislation two years ago, but the Telecom industry (i.e., CTIA-The Wireless Association) blocked implementation of this law by filing a lawsuit claiming that the court-approved fact sheet violates the industry’s First Amendment rights. The CTIA also moved its annual conference from San Francisco to punish the city.

Since there are now more than 330 million cell phone subscribers in the U.S., an annual fee of 50 cents on each cell phone would generate sufficient resources to fund high quality, independent research that could promote safer technology development and fund a community education program about safer cell phone use.

Thanks to Joel M. Moskowitz, Ph.D., School of Public Health, University of California, Berkeley for the press release on this issue.