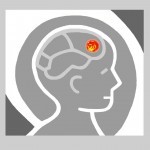 Experts in public health, oncology, neurosurgery, electronic engineering, toxicology, cardiology and epidemiology from the United Kingdom, USA, Finland, Sweden, Australia, Austria and the Slovak Republic have published a critique of an opinion piece published in The Economist: “Worrying about Wireless”.

In the critique, entitled  The Economist—and the Truth About Microwave Radiation Emitted from Wireless Technologies the experts say the Economist failed to provide critical information about the emerging public health issue related to cell phones and wireless technologies and that it owes its readers a better accounting of the science.

Ronald B. Herberman, MD, Founding Director Emeritus of the University of Pittsburgh Cancer Institute, Chairman of Environmental Health Trust and a distinguished cancer researcher, says of the Economist article,  “The public the world over has been misled by this reporting.” “A disservice has been done in inaccurately depicting the body of science, which actually indicates that there are biological effects from the radiation emitted by wireless devices, including damage to DNA, and evidence for increased risk of cancer and other substantial health consequences.” Dr. Herberman adds, “It would behoove the Economist to publicly correct the errors made in this unsigned opinion piece by publishing a retraction—and investigating how such inaccurate and unbalanced scientific reporting could have occurred in the first place.”

Lennart Hardell, MD, PhD, Professor of Oncology, Orebro Medical Center, Orebro, Sweden, and a widely published, internationally renowned neuro-oncologist, agrees. He says, “The Economist has misrepresented the science indicating biological effects, links to cancers, and damage to DNA and male fertility from exposures to microwave radiation emitted by wireless technologies. Given the wide scale use of cell phones and other wireless devices globally, for the sake of public health I consider it essential that The Economist’s reporting be corrected to adequately advise readers of the risks.”

Dr. Hardell’s research has repeatedly found increased risk of brain cancers in frequent users of cell phones and/or cordless phones for more than a decade. His team’s research was cited in May in the World Health Organization’s International Agency for Research on Cancer (IARC) landmark decision to classify wireless radiation as a Class 2B ‘Possible Carcinogen’.