Marcelo Di Paolo, manager of the LADWP Smart Grid project said they received a $60 million dollar federal grant and that the research institutes of USC, UCLA and Cal Tech/Jet Propulsion Laboratory (JPL) doubled the project funding for a total of $120 million dollars.  Hmmm… what does a Jet Propulsion Lab have to do with smart meters? 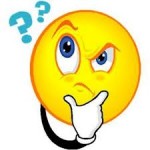 Di Paolo also said that the project is “purely a volunteer optional program” and that the community can “pick and actually choose whether or not to participate.”

In stark contrast to Di Paolo’s optimism was Cindy Sage who warned about the evidence for health problems from the  pulsed radiation Smart Meters emit.  She stated,  “Those wireless impacts are biologically very similar to the impacts you would have from a cell tower.”  She wisely urged them to learn from the mistakes the Investor Owned Utilities have made.  She asks, “Is this a smart business model, to provide a device for energy conservation…if there are going to be unintended consequences in terms of health impacts for people?”

Di Paolo said the deployment would start in a couple weeks, but two LADWP customers  said they already had Smart Meters on their home, that they were sick from the exposure and that when they complained, LADWP refused to remove it!

Meanwhile, although the manager claims LADWP sent out letters stating at the bottom of the letter that participation was voluntary, nowhere in the Smart Grid L.A. Letter  does it say the meters are optional. At the end of the meeting Di Paolo guaranteed the meters were optional and provided his direct line for people to call: 213-367-1388. 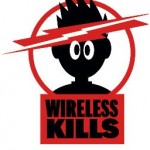 Deploying Smart Meters at a time when multitudes of people worldwide are complaining about the health and safety impacts is beyond super dumb, and reckless endangerment of innocent lives.  Our children are the most vulnerable.  Chronic exposure to pulsed radiation is harming everyone’s health.

Thanks to Ecological Options Network for providing the videos of the event. Here’s Part 2 of the meeting: