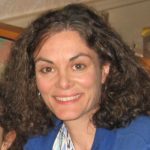 As it turns out, there is. Dr. Martin Pall, winner of a Global Medical Research award in 2013, has identified another key trigger: microwave energy from wireless devices such as Wi-Fi and cell phones. Given that all the body’s signals happen either electrically or chemically, it does not require a huge leap of intellect to imagine that an external signal can interfere with one inside the body. But how does a wireless signal cause interference in the body? Dr. Pall has discovered a calcium channel in cells that is sensitive to external interference from wireless signals. This calcium channel normally opens and closes when the body’s internal electrical environment gets altered during various metabolic processes. When a person is in Wi-Fi or near a cell phone, the microwave signal exerts a force on cells in the body, causing this calcium channel to open erroneously when it should not be open. Now too much calcium enters the cell. The downstream effect of too much calcium in the cell is the creation of peroxynitrite. Since many people nowadays live, work, and sleep in Wi-Fi and have their phone in their pocket all day long, their bodies never have a chance to return to a balanced state of metabolism. Overproduction of peroxynitrite puts the body in an imbalanced state that can lead to many chronic diseases.
Many doctors, engineers, and scientists counter, however, that these wireless signals are too small to cause harm. What is their metric for measuring “small?” Let’s compare these supposedly “weak” signals to the natural background radiation that has existed since the dawn of time. According to Dr. Olle Johansson of Sweden, the currently allowed public exposure standards in Europe and the U.S. are a quintillion times stronger than this natural radiation level. A quintillion is a one with 18 zeroes to follow! The human body cannot possibly adapt in a few decade’s time to such a massive difference in radiation levels.
The Centers for Disease Control list 40 fast-growing chronic diseases that all began accelerating around 1990. What changed significantly then in the environment that would substantiate such an increase in disease? The incorporation of GMO ingredients into the food supply and the expanse of wireless networks are two notable factors. Could it be that a single compound plays a key role in this prominent rise in disease? A logical, scientific explanation exists – and the solution is in our control. More than half of the countries of Europe ban their farmers from growing GMO crops. In 2011 the Council of Europe passed Resolution 1815 to take all reasonable measures to reduce exposures to wireless devices. The U.S. should follow its lead.
*     *     *      *     *
Diane Testa holds a doctorate in biomedical engineering and is a senior lecturer of math and engineering Western New England University in Springfield, MA. She writes about the health effects of wireless technologies from her hardwired computer and can be reached for comment at wiredinwilbraham@gmail.com.

2 thoughts on “What Do GMOs and Wi-Fi Have in Common?”