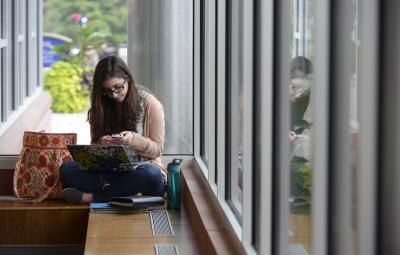 Almost everywhere you look  someone has a cell phone pressed to their ear, or has one in their hand.  Students depend on the devices to connect with friends and family.

A recent study led by Kent State University researchers, surveyed more than 500 undergraduate students from 82 different majors. They recorded daily cell phone use along with anxiety and happiness levels.  In addition student grades were included in the study.

Results were students who used their cell phones more had lower grades, higher anxiety, and less happiness relative to their peers who used the cell phone less.

Earlier this year, Kent researchers linked cell phone use to poor student fitness. These results suggest that people should be encouraged to reduce their cell phone use! Or, better yet, use them for emergencies only!

Safety tips for cell and cordless phone use: Learn more

Dr. Mercola writes: “Respect Others Who Are More Sensitive: Some people who have become sensitive can feel the effects of others’ cell phones, iPads, and other gadgets in the same room, even when it is on but not being used. If you are in a meeting, on public transportation, in a courtroom or other public places, such as a doctor’s office, keep your cell phone turned off out of consideration for the “secondhand radiation” effects. Children are also more vulnerable, so please avoid using your cell phone near children.”