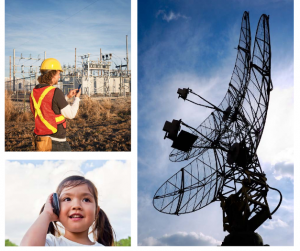 The BC Centre for Disease Control (BC CDC)  recommends that men keep cell phones out of their pants pocket and limit mobile phone use.  The report confirms that there is consistent evidence that exposure to testes is associated with reduced sperm count, motility, concentration and altered cell structure.

In its report, Radiofrequency Toolkit for Environmental Health Practitioners,  the BC CDC states that “the epidemiological studies of men assessed for infertility were consistent in demonstrating decreased sperm motility associated with increased use of mobile phones”.

In the need to understand how harm is caused by exposure to radiofrequency radiation (RF), the review panel noted that “oxidative stress seems one of the more plausible mechanisms of RF-induced sperm damage.”

While the BC CDC report downplays scientific connections between wireless and health, for example cell phones and head tumors, they do offer strategies for “minimizing personal exposure to RF”, including “replacing wireless RF devices, such as phones with hard wired”.

Radiation Research Trust launched a campaign to warn about cell phone fertility risks: Save the Male- Your Future is in Your Hands.  They write, “Research has shown a consistent link between mobile phone exposure and adverse health effects on male fertility and sperm viability.”