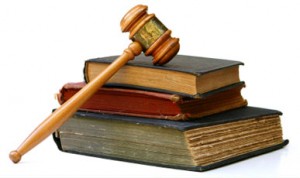 We are collecting declarations from California utility customers who’ve been impacted by Smart Meters.  These declarations will be included in CPUC proceedings, and/or future civil lawsuits.  This is a legal document, that you believe is true to the best of your knowledge and you will testify to.

Please circulate this call for declarations to others who have been impacted by Smart Meters.

Thank you for your help!

I, <insert full name>, have personal knowledge of all facts set forth in this declaration and am competent to testify thereto if called upon to testify in a court of law.  I hereby declare:

3.           <Continue using a numbered List- write out point by point your situation and complaint against the utility, the Smart Meters, or any aspect of the program, or deployment that impacted you.  This is a legally binding document. You must be truthful to the best of your knowledge. End your declaration with the following wording:>

I declare under penalty of perjury under the laws of the State of <insert state> that the facts set forth above are true and correct to the best of my knowledge.   This declaration was executed this <insert date> day of <insert month>, <insert year> at <insert city>, <insert state>.