This burned-out house has a dramatically melted “smart” meter at the heart of the blackened areas–is the “smart” meter the source of the fire? 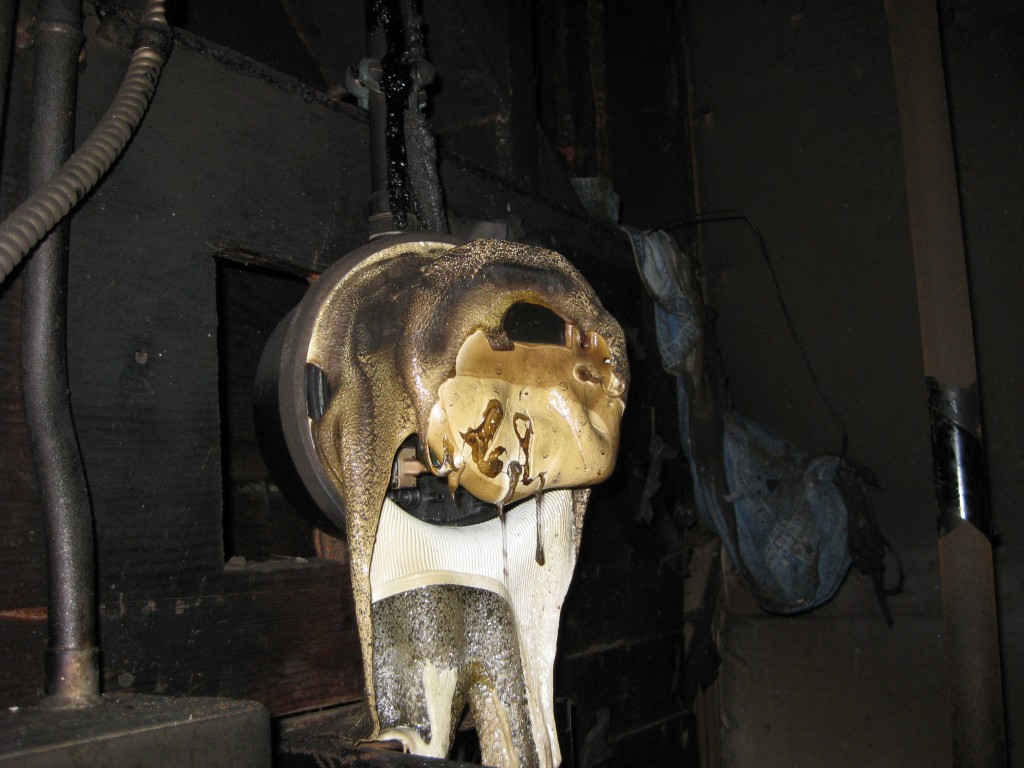