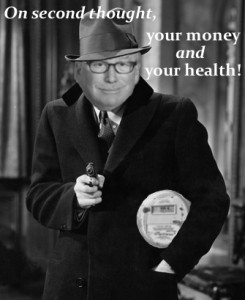 Today CPUC President Michael Peevey announced he will not seek reappointment when his term ends in December 2014.

Recent news embroiled Peevey in controversy over his collusion with PG&E where he was caught drinking bottles of pinot with PG&E’s regulatory executive Brian Cherry, and soliciting donations from PG&E.

Today he issued the following statement: “I originally planned to make the following announcement at the CPUC’s regularly-scheduled Voting Meeting on October 16th, but instead I am moving the announcement to today to state that I will not seek reappointment to the CPUC when my term expires at the end of this year. Twelve years as President is enough. The Governor, of course, will make a decision as to my successor in due time. I will speak more extensively regarding my terms as CPUC President at the last Voting Meeting of the year on December 18th.”