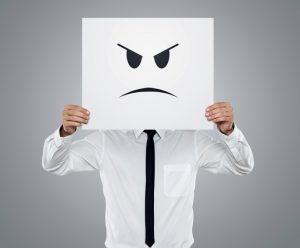 If you are a smart meter opt-out customer you might want to call PG&E to find out if they’ve correctly billed you. People are getting higher bills because PG&E is reading meters every other month. PG&E estimates one month’s bill “supposedly” based on your previous usage.  The next month they read your meter and true up the cost. If PG&E underestimated the previous month your usage will be substantially higher for the 2nd month.  This could be placing you in a higher tier, rather than spreading usage over the 2 months, and billing you in a lower tier.

I called PG&E (1-866-743-0335) and found out they underestimated our December bill by a third, so we were billed in a higher, more expensive tier in January.  The Supervisor asked me to read the meters and told me how to do it. Then she re-calculated our bill.  PG&E gave us a refund of about $90.

I asked if we could self read so we have more accurate bills in the future and was told no, the only recourse is to call PG&E every other month to have the bill recalculated!

Another PG&E customer said she called PG&E and found out her December bill was estimated from the summer months usage which caused a huge January bill.  PG&E told her they would submit a request for correction, but didn’t follow up. She writes, “PG&E has found a way to punish us opt-out customers by playing this little game and then making us call in, be on hold forever, make this request and then make sure they follow up.”

Another customer has called PG&E about this for a year and she just received a $268 refund. She writes, “How much money has PG&E taken and kept by their slick accounting methods?”

The Utility Reform Network (TURN) states, “TURN is hearing from consumers that high P&GE rates combined with cold temperatures are freezing them out.  Customers say their gas bills have doubled or tripled this winter!”

People have paid for the right to keep the safer analog meter, and now they are at risk for higher bills because the California Public Utility Commission ordered the bi-monthly meter reading and PG&E has a faulty estimated and tiered billing system.

Here’s what you can do if you think you’ve been overcharged: 1. Call PG&E 1-866-743-0335 and ask them about your bill and what the previous month’s estimate was based on. Ask for a supervisor to re-calculate your bill for you.

2. You can also send a complaint to the CPUC: public.advisor@cpuc.ca.gov