Stop Smart Meters! is calling for people to demonstrate outside and speak inside at the CPUC’s October 2nd regular business meeting to demand an end to the smart meter opt out delay, and an end to the sleaze and corruption that line its halls.

Remember the public participation hearings in December of 2012 where more than 500 Californians spoke out against smart meters and the “opt out” fees that the utilities are using to prop up a hazardous and failing smart grid?

Now nearly two years later, and the CPUC has failed to rule on the issue and remained silent about the serious risks brought to its attention by the public, whistleblowers, and local politicians.  Perhaps they are hoping that if they drag this out long enough, people (and their complaints) will just go away.  Just the reverse is more likely.  If you ignore a festering wound, it just gets worse.

The CPUC that has been roundly criticized by the media, the public, and even its own staff over inappropriate and illegal collusion between Commissioners and PG&E as part of the San Bruno case.  This echoes our own experience of collusion between PG&E and the CPUC during the “Ralph” spy case in 2010, where it appeared that CPUC staff, paid by taxpayers, were actually working for PG&E rather than the public.

Meanwhile, neighboring Nevada has launched an inquiry into dozens of fire and electrical incidents from smart meters after a 61 year old woman and her animals were killed and a man’s face was burned in Reno earlier this year.

The house of cards is falling, all it needs is a little nudge from you, California:

DEMONSTRATION Thursday, October 2nd 8:30am  505 Van Ness Ave. in San Francisco at the corner of McAllister under the Great Seal of the State of California.  Meeting starts at 9:30am.  Sign in at the table in the foyer, but even if you don’t, you are entitled to speak for at least one minute if you arrive before the end of public comment.  Yes we know it is a toxic atmosphere there (in more ways than one) but especially if you have never spoken out at a meeting, it is important to get the facts on the record.

More information about this call to action on StopSmartMeters.org 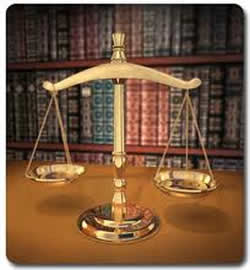 This is not a Tree is one man’s journey to understand the new grid of cell towers, and cell sites that have sprung up all around us. “This is not a tree” questions the notion that cell phones in our pocket, up to our head, wifi at home, work, schools, and cell towers are perfectly safe.